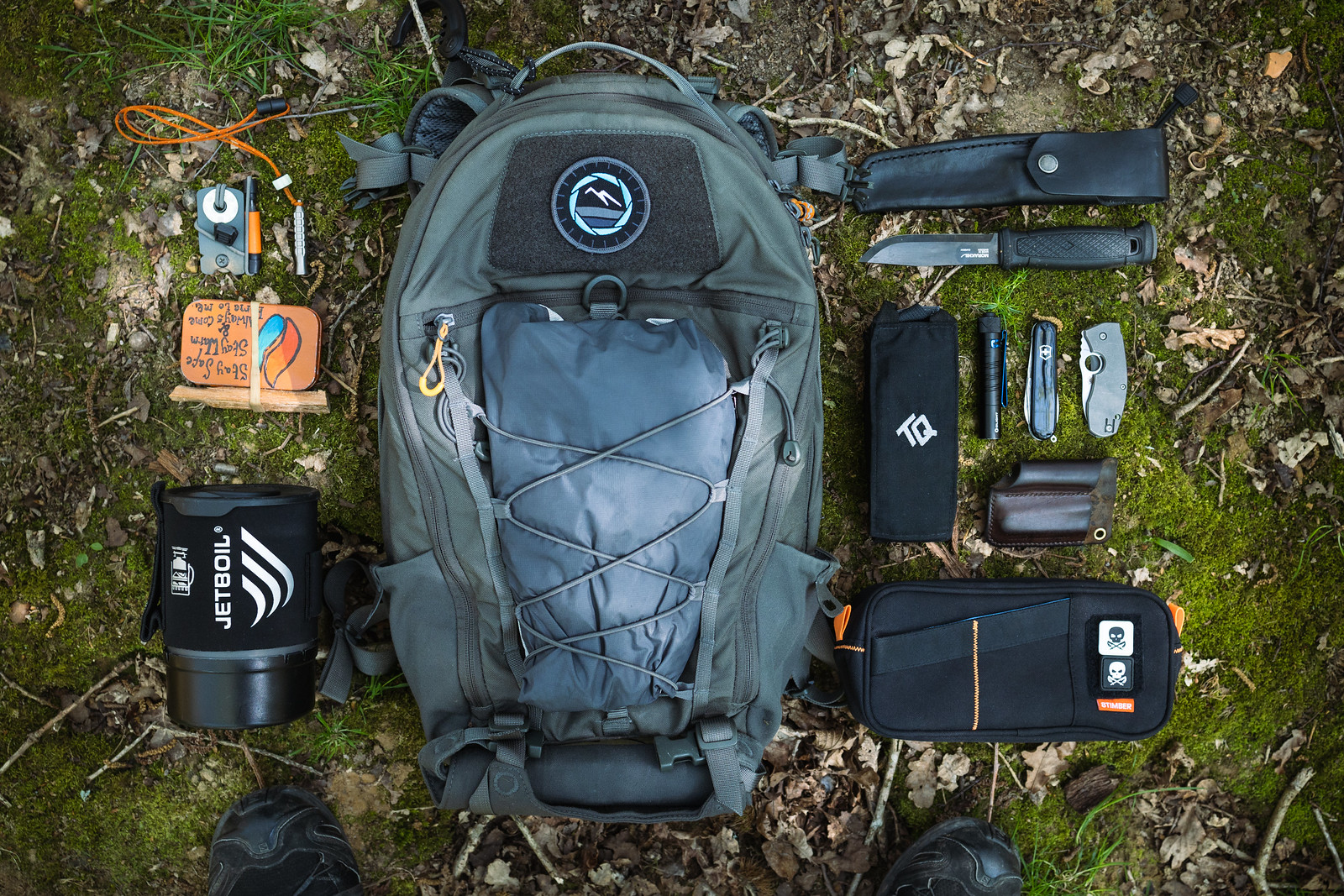 Getting out into the wild to take photos is always a highlight in my month, but due to various circumstances this hasn’t been as easy. This month I was glad to be able to tie together a family visit with an impromptu woodland recon task, as well as a shoot for the new patches.

My grandmother, not being able to get about as much as she used to, wanted to know if there’d been any badger activity around the ancient setts that cover a large area of their woodland. She was especially concerned as they knew the local rabbits had been taken down by myxomatosis, and badgers are known to feast on rabbit carcasses!

I spent time locating and checking through the many, many entrance holes (mostly unused) for evidence of badger activity. Thankfully I found enough to give a clear indication of their presence, took some photos and reported back.

Here’s some of the gear that came along, not including some separate camera kit:

Pack Config is reader-supported. When you buy through links on our site, we may earn an affiliate commission. Find out more.