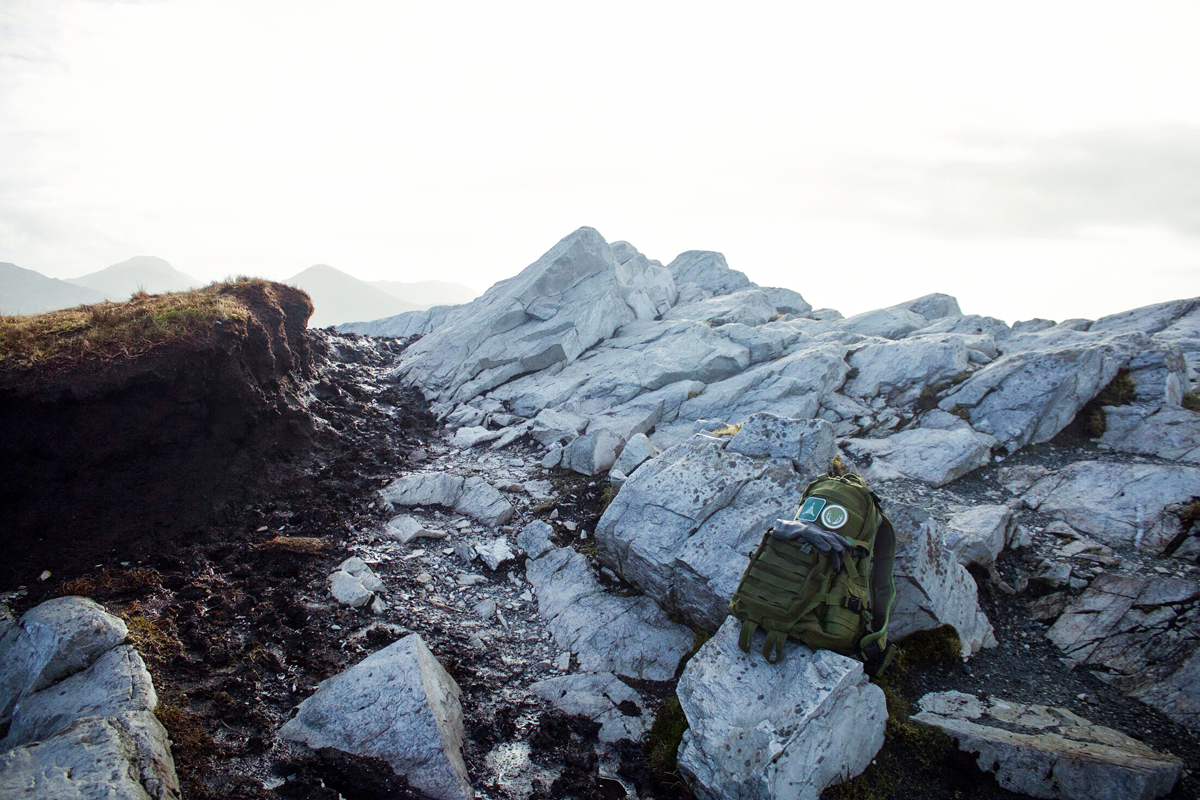 We woke up early and had a healthy, almost full, Irish breakfast that our hostess had prepared us. A little on the heavy side considering the hike ahead, but you cannot really say no to rashers now, can you?

A short drive to the Connemara National Park’s parking lot, packs on back and we were ready to go. Around 9:00am we were almost the only ones hitting the trail, at least judging by the cars there. 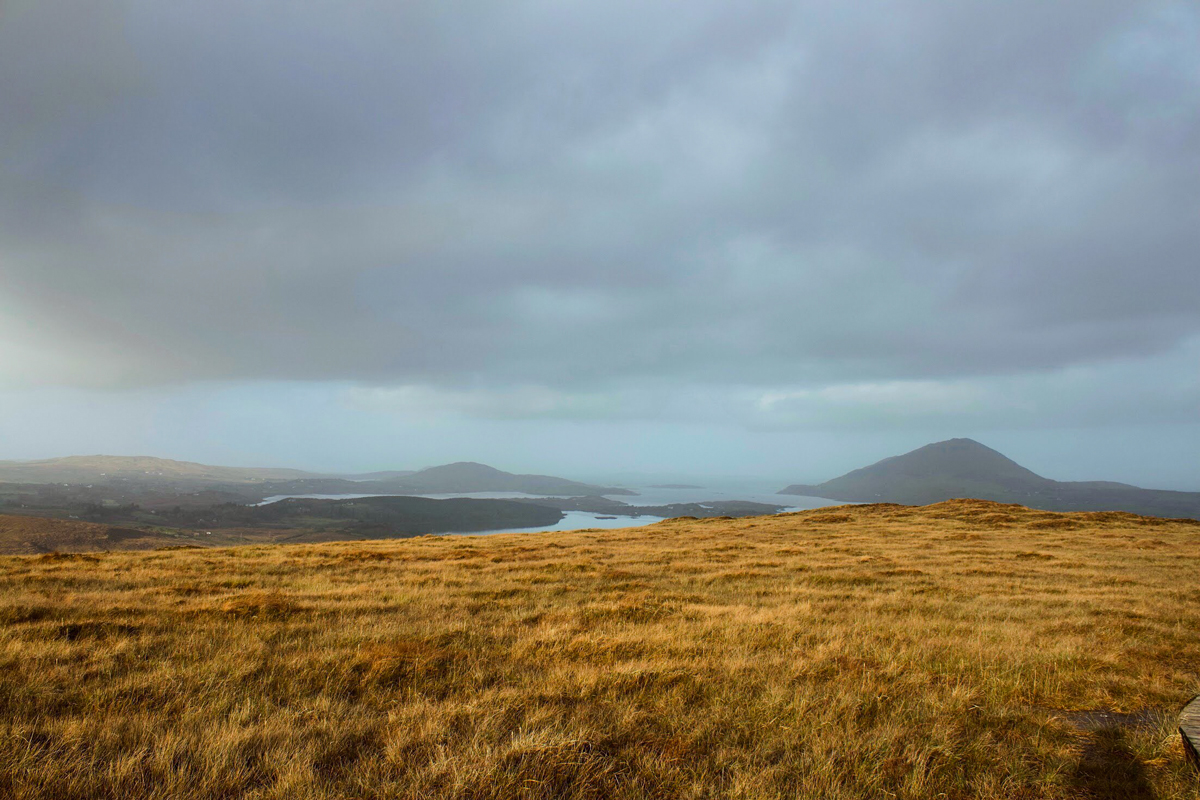 The trail starts from the visitor center, that was closed because of the off season time of our trip. At first we passed some bog trees and flora, but soon the path started to ascend. The gradient builds slowly at first, but then the path rises in steep intervals. Soon we were getting hot and had to open the zippers of our jackets despite the biting wind.

The trail is gravel based, with some boardwalk in places, up until the proper base of the Diamond Hill. From there the path was made of stone slabs. The winds had dried the slabs, so our climbing was easy and safe. But evidence of hail and rain of past days was all around us. The forecast had prophesied rain and so we were a little worried we might get caught up in it, but Ireland seemed to offer just its best for us.

Nearer to the top the wind started to really pick up and we propped up our jacket collars and hoods against it. But the scenery of the surrounding the Barnaderg Bay, the Kylemore lakes and nearest hill tops were breathtaking. I also have never before experienced the false tops before, being a novice mountaineer, but now there were three, next one higher than the one before. 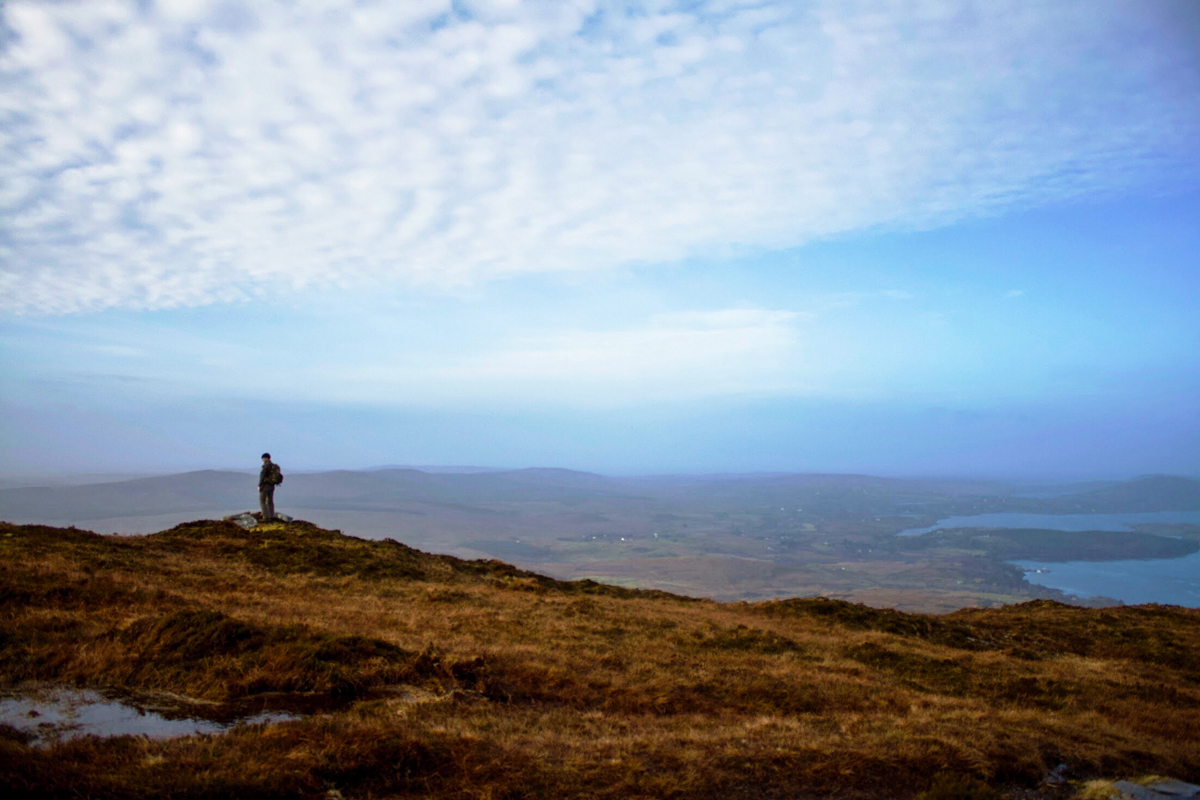 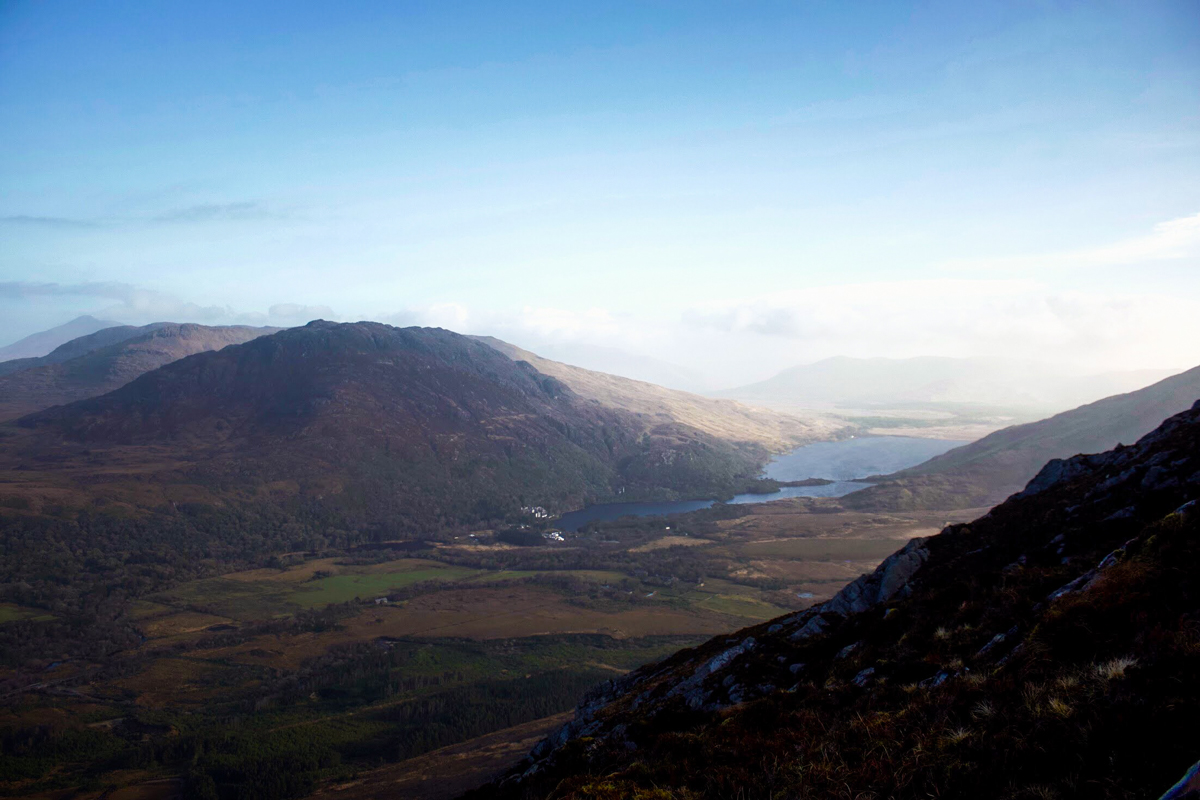 I raced ahead to the real summit for a photo op and after others caught up with me, we took out our thermos and had a few celebratory cups of tea with biscuits. A few photos and a short breather later we were ready for the descent.

The descents first bit was quite steep, serpentine and treacherous because of the wet stone slabs. The wind had not dried this side as well as the other. But carefully we went and soon the path turned back into solid and level gravel passage. After the ascent, the rest of the 8km trail was “easy peasy”! 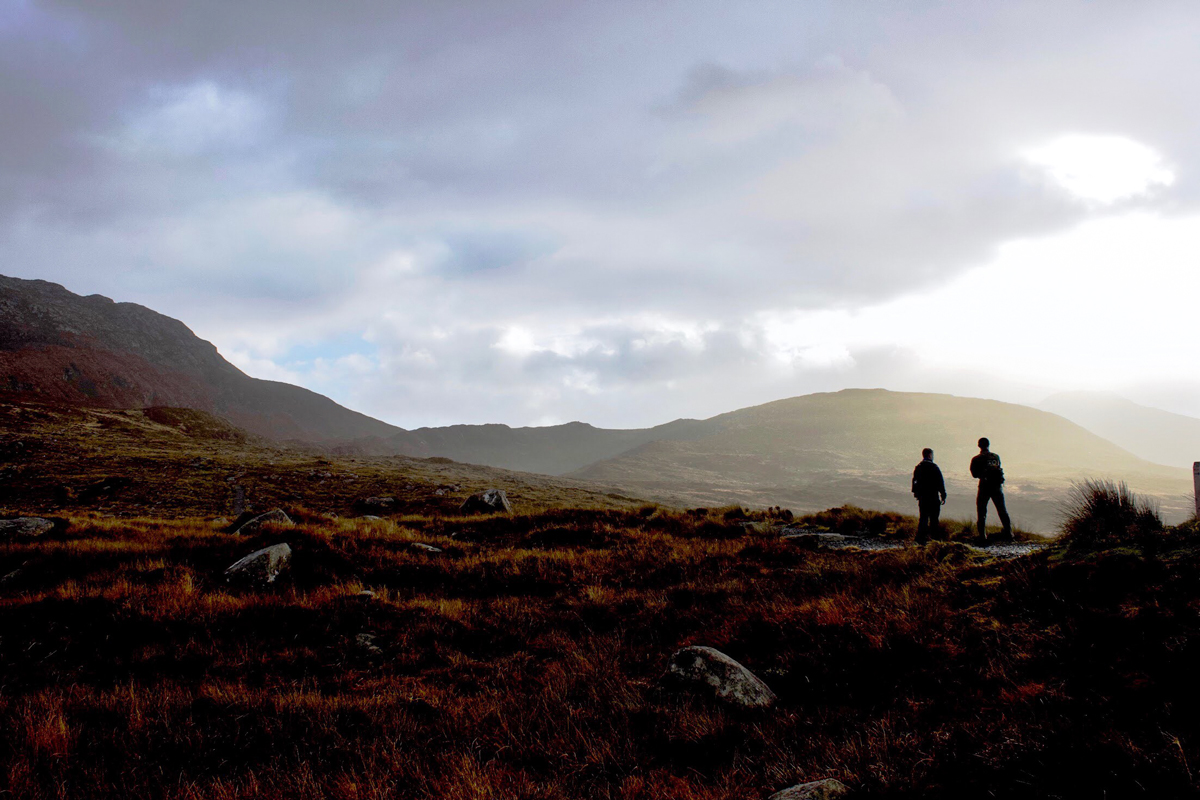 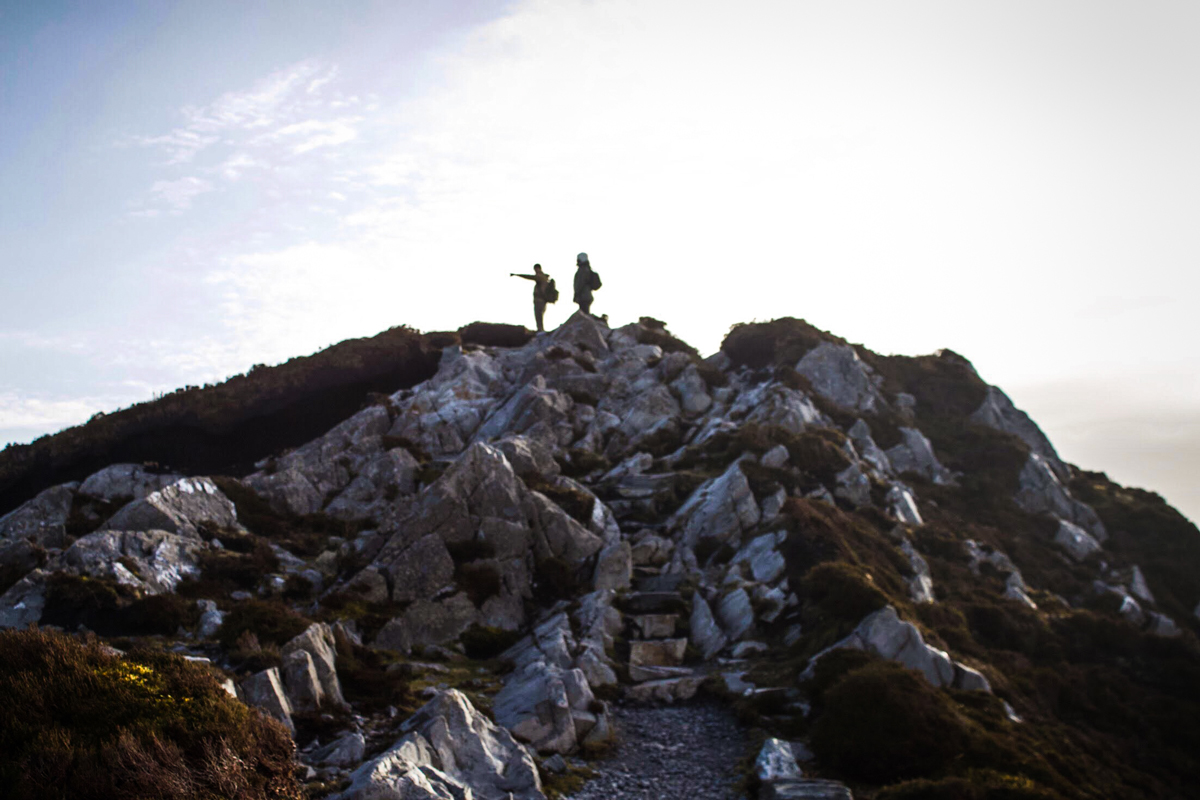 I have had the TAD EDC with me on a few longer walks like this and it has always worked great. But this time I somehow managed to loosen the shoulder straps enough for the weight of it to fall on the waist belt and it was even more comfortable than ever.

Without the waist belt the pack would be somewhat heavy on the back, especially with anything more heavy than a medium load. But other than that the shoulder straps are nicely wide and cut to follow the natural contours of your shoulders for maximum comfort.

Also the bottom widening wedge form of the older versions of the pack work great to bring the weight down and low on your back and together with the waist belt this is just perfect. Only down side of the shape is that when it’s paired with the half-clamshell opening of the older pack, some items can be a pain to fish out at times. 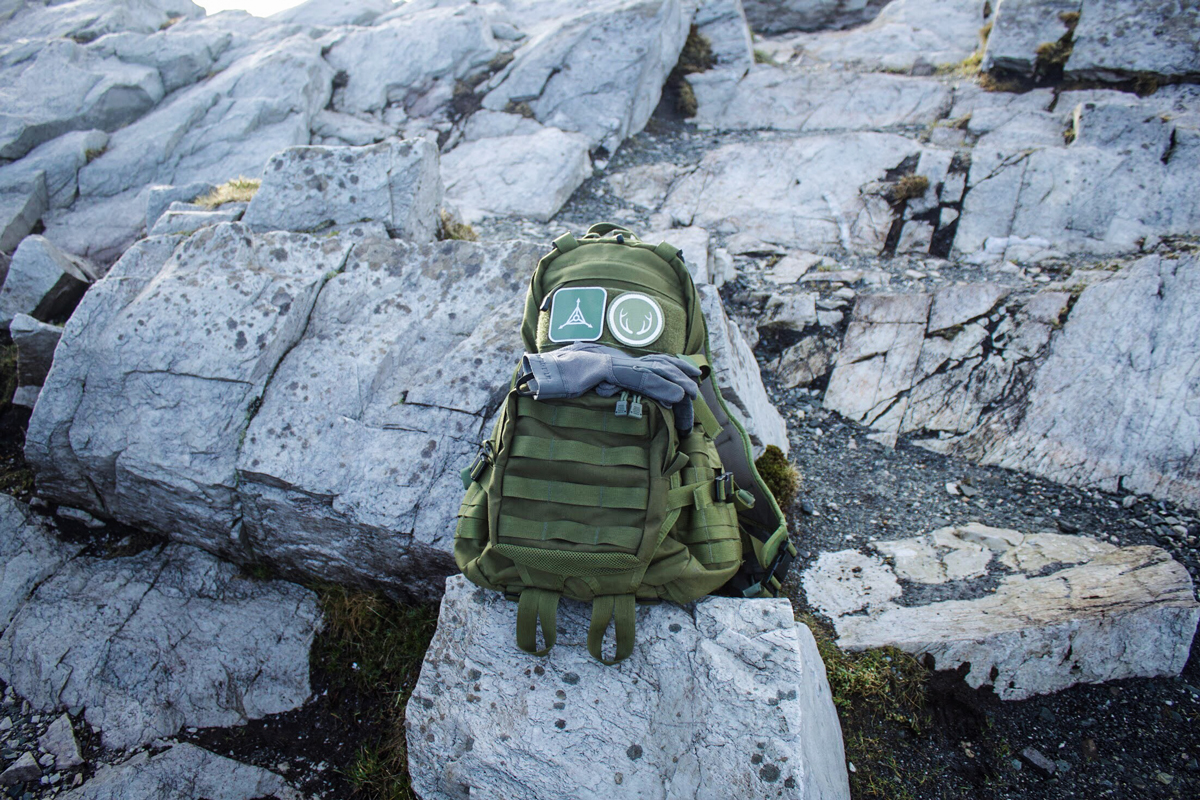